We had sing.
LAST SING AT PUTNEY.
I recorded some of it.

Then I had Dance.
LAST DANCE CLASS AT PUTNEY

Yoga.
LAST YOGA CLASS AT PUTNEY
I gave the teacher a MVCDS scarf.
She was really nice.
One of my favourite teacher.

Then I spent ages packing and getting ready for the morning!
My roommates gave me little farewell presents.
I got a handmade Laotian paper box from Alonda.
And Mollie gave me her second ball of yarn.
Then I went to bed so I could get up early!
And that's all!
That's my time at Putney!
So goodbye and thanks for reading <3

Today I got up and went to Precalc.
We just reviewed for a while
Everyone else took a quiz the next day, but I was still behind.
Then I had history.
LAST HISTORY CLASS AT PUTNEY.

Then I was free for a while so I went and took some pictures.

After dinner, I had orchestra.
LAST ORCHESTRA AT PUTNEY.

Came back to the dorm and they were having a party!
They were making REALLY sweet chocolate suckers.
Most of us could only finish half of one.

We were all really hyper.
People were doing yoga and gymnastics in the hall.
I stayed up till midnight packing and talking to Peggy.
Then I ended up staying up till like 1.
Too much sugar.

Woke up this morning.
Aaaaand I just kept sleeping.
I slept through breakfast.
And Dance.

Then I had a free block.
I got up and used my time to shower and get ready for life.
Then I had precalc.
Lunch.
History.

Kitchen Activity.
I talked with Zora and Yan again.
Zora asked me if they speak English in my hometown.

Then I had Orchestra sectionals.

I then had Celtic music.
The teacher is sooo nice.
She gave me a little whistle.
And we talked for a while about chords and stuff.
It was soo much fun.

Then I went back to my room and SLEPT.
Hard to believe I could sleep anymore than I already had.
But I did.

I hear these annoying beeps in the hallway.
beep beep beep.

Almost every 10 seconds.
It was so annoying.
So I put my music in and went back to sleep.

EVERYONE GET OUT.
CARBON MONOXIDE LEAK.

So we all rolled out of bed and trudged down to the library.
It was pitch black.
I sat and read some books Nicolas had suggested.
As I was sitting there, a mouse ran up the side of bookshelf.
There was nothing to hold onto and it slipped and plummeted. 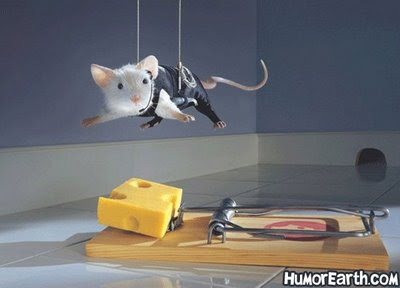 Anyway, a little after 7 we got to go back.
It was something in the furnace.

I went to precalc, but Wing was late enough that we all got to leave.
So I went back to my room, but I couldn't fall asleep.
I just laid around for the hour.

Then there was a brief assembly.
I don't remember it.
I was so tired.

History.
Which I also don't remember.

I slept the day mostly.

I asked the yoga teacher if I could go back to my room and sleep.
He was fine with it.
Most of the girl's in his class were in our dorm.
One girl went to class that day.

Stayed up for 3 hours and went back to sleep.

For lack of many funny pictures in this post: 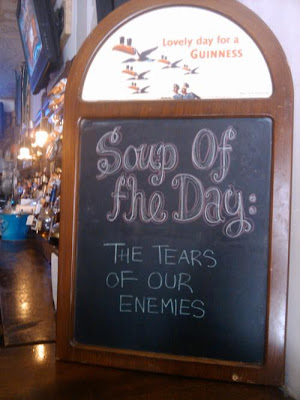 We left at 11am for Holyoke.
I went with Suli.
The mall is huge.
Twice the floor space as Franklin Park.
Two stories, as well.
We walked around and I didn't get anything.
Other than sushi.

Then we walked over to Barnes and Nobles.
I got three books.
The last Eragon book, the most recent Tamora Pierce book.
Also, there was an author sitting doing book signings.
She wrote a book about recipes.
There was a traditional Chinese dumpling recipe in there.
Guess what I'm making Mu for her birthday
heehee 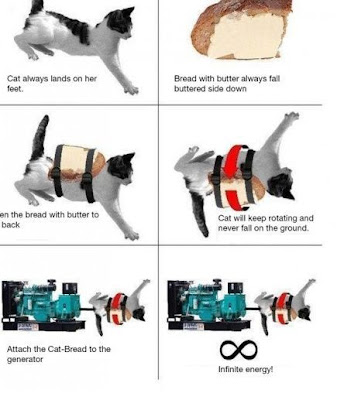 We didn't get back to campus until after 4.
My phone died.
So I plugged it in.
Then it never turned back on.

So I called Verizon and the guys were really helpful.
They said they were going to send me a free upgrade.

And such was the legacy of my Droid 2 Global.

Survived my first two classes.
By which I mean my day was really awesome and classes were the boring part.
SO.
I had Music Theory then dance, if you were wondering.
Nothing too mentally taxing.

After lunch I went with Mollie to Brattleboro.
Upon arriving, there was a fortune tellers shop right outside the bus.
Coincidence?
NEVER.
I couldn't find a funny picture about coincidences.
So here's some filler. 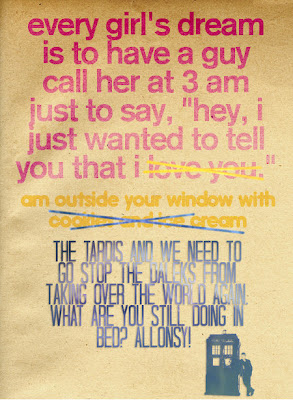 Anyway, Mollie and I went in the store.
There were tons of people in there.
So we left.
We walked a little ways and this old touristy man came up to us.
Mollie flipped out.
Not even gonna lie.
She thought he was gonna mug us or molest us or something.
Or he just wanted to know how to tighten the straps on the his new backpack.
Seriously, this man looked like a grandpa.
I don't think he could have done anything if he had wanted to.
Then Mollie warned me of all the weirdos in the town.
A little homey town 4% as big as Toledo.

I asked what her opinion on big cities were.

She said they made her uncomfortable.

I would suppose so.


We went to a little second hand shop and Mollie got some stuff for her grandparents.
I tried on a real WWII Sailor shirt.
SO COOL
But too small and too expensive.
The shirt was exactly like this guy's shirt.
I love this picture.
Absolutely timeless. 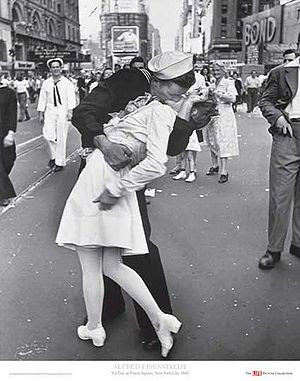 Then we headed out.
I was going to get sushi.
But I couldn't find the door to the restaurant.
That was embarrassing.
We started to walk back.
We stopped in a couple little stores.
Didn't find much.
Eventually we found this little indie shop.
They had reallly well priced buddha statues.
I got three for $4.

Then we headed back to the bus.
We stopped in the fortune tellers shop.
I asked how much a tarot card reading would cost and how long it would take.
She said $20 for 20 minutes.
I told her I had 5 minutes before my bus left.
She told me to call ahead next time.
She was very friendly though.

That night I went to Putney's coffee house.
It was legit.
Like people actually had to register before hand.
And it was free to get in.
And the acts were all tactful and mostly skillful.
I sat with Nicolas.

Afterwards, we walked back to our dorm buildings.
We talked about several book series and foreign countries.
As we were standing there talking BOOM shooting star right overhead.
A really bright one too.
Sooo pretty.
Then a few minutes later the international space station went over!
Crazy!
I'd only ever seen it once before!
It's so amazing.

By the time I got back to my room and finally fell asleep it was after 1am!
Long day! 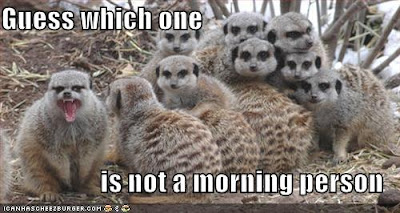 I woke up this morning.
And I wasn't wearing pants.

No. I'm just kidding.
That was a song I wrote for Music theory dedicated to Celine.
"Life is good if I'm not wearing pants".

So, I woke up this morning and I couldn't move my hand.
I mean, I just slept on it wrong.
It was fine.
But that's what woke me.
I was so confused.
My thought process:
Why won't my hand move??
Why is it so bright.....
What is that air raid siren for?

After looking at the time, it was 9:00am.
My roommates had not woken me up.
My alarm (cell phone) had run out of battery.
It somehow got unplugged in the night and died.
So I slept through history.
But the teacher is really chill.
He was cool with it.

It was also Lily's birthday.
So I wished her a happy birthday as well.
Then it was time for sing.
Usually sing is on thursday, but this week it switched.
Assembly on Friday is 50 minutes.
They wanted to have sectionals for sing.
And let me tell you, it was phenomenal.
Even the people who are tone deaf and can't read music were doing pretty well.

Anyway, then I had music theory.
Good class.
As always.

Kitchen activity is always fun.
I usually stand near Yan and Zora, two Chinese exchange students.
I try to listen in on their conversations.
They speak too fast.
And here, a quick lesson in the ways of the kitchen: 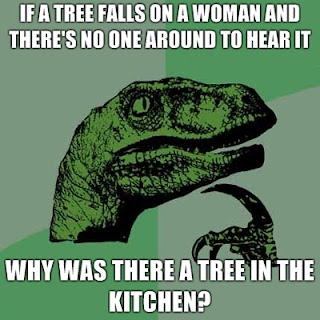 Anyway, then I had some free time before dinner.
I wrote Mu a letter and sent it.
And by letter, I do mean snail mail.
First letter I've written in ages. ha.

A Smear in Time

Welcome~
This is a blog of my adventures.
I have many adventures, I assure you.